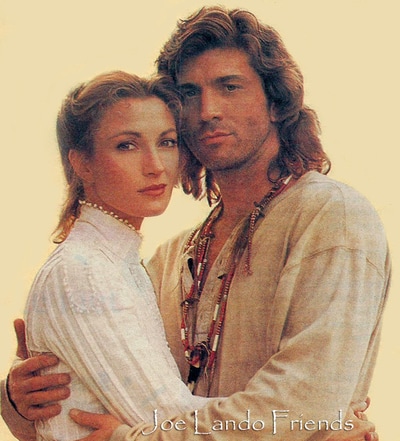 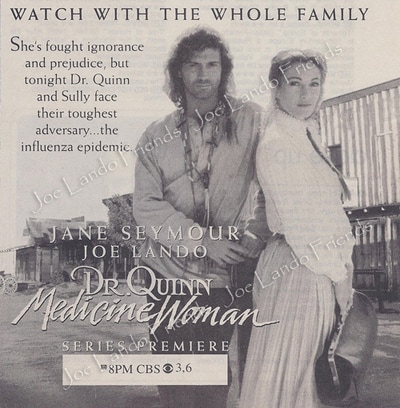 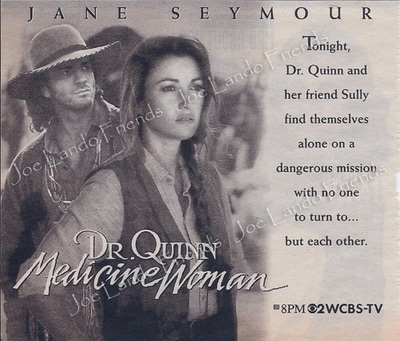 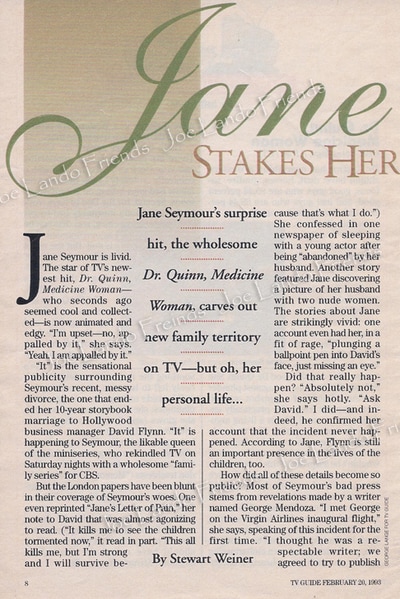 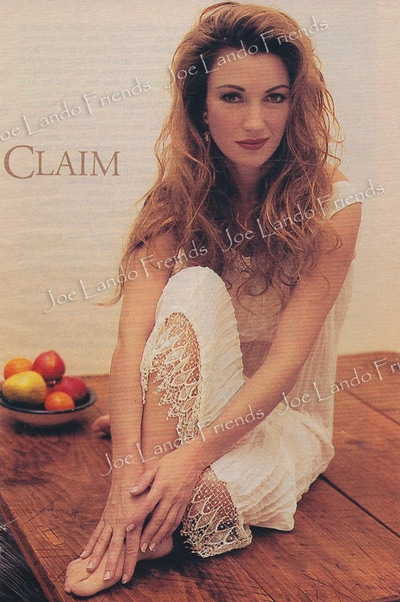 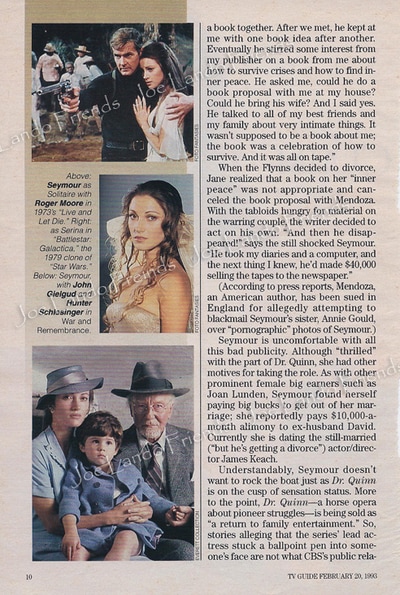 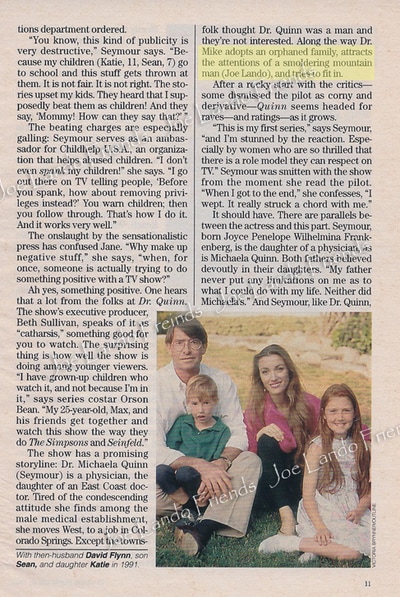 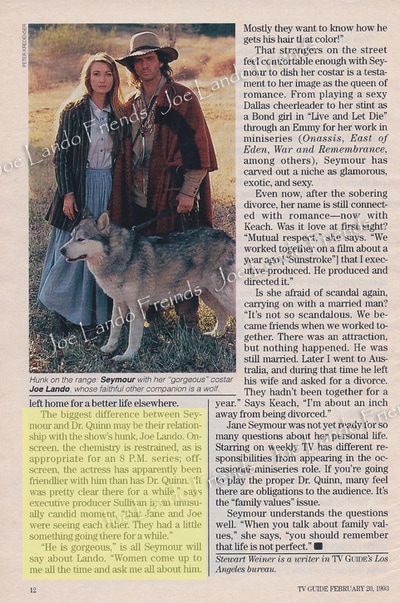 Lando's major credit, pre-Quinn, was a year (1990-91) as Jake Harrison on the ABC soap "One Life to Live." Before that, he did bits on "Nightingales" and "Pro and Con" and in the feature "Star Trek IV." But he's best known for his work as - get this - technical adviser on the movie "I Love You to Death." He taught Tracey Ullman and Kevin Kline how to toss pizza. A native of Chicago, he headed for Los Angeles after high school and worked in restaurants while looking for his acting break. Write: CBS-TV, 7800 Beverly Blvd., Los Angeles, Calif. 90036.
► FULL ARTICLE
​
May 3, 1993 - PEOPLE, THE 50 MOST BEAUTIFUL PEOPLE IN THE WORLD 1993 - Joe Lando 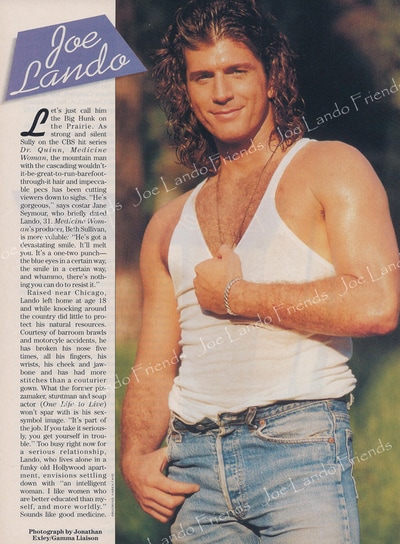 Let's just call him the Big Hunk on the Prairie.  As strong and silent Sully on the CBS hit series Dr. Quinn, Medicine Woman, the mountain man with the cascading wouldn't-it-be-great-to run-barefoot-through-it hair and impeccable pecs has been cutting viewers down to sighs.  "He's gorgeous," says costar Jane Seymour, who briefly dated Lando, 31.  Medicine Woman producer, Beth Sullivan, is more voluble:  "He's got a devastating smile.  It'll melt you.  It's a one-two punch-- the blue eyes in a certain way, the smile in a certain way, and whammo, there's nothing you can do to resist it."

Raised near Chicago, Lando left home at age 18 and while knocking around the country did little to protect his natural resources.  Courtesy of barroom brawls and motorcycle accidents, he has broken his nose five times, all his fingers, his wrists, his cheek and jawbone and has had more stitches than a courturier gown.  What the former pizza maker, stuntman and soap actor (One Life to LIve) won't spar with is his sex-symbol image.  "It's part of the job.  If you take it seriously, you get yourself in trouble."  Too busy right now for a serious relationship, Lando, who lives alone in a funky old Hollywood apartment, envisions settling down with "an intelligent woman.  I like women who are better educated than myself, and more worldly."  Sounds like good medicine.
​
July 13, 1993 - SOAP OPERA UPDATE - Double Threat 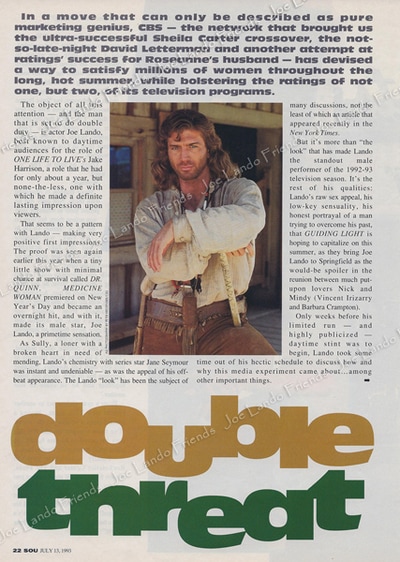 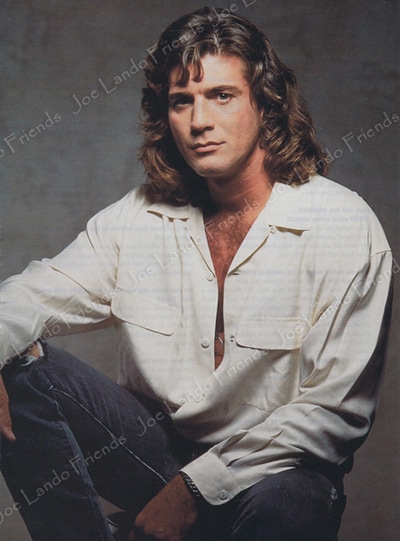 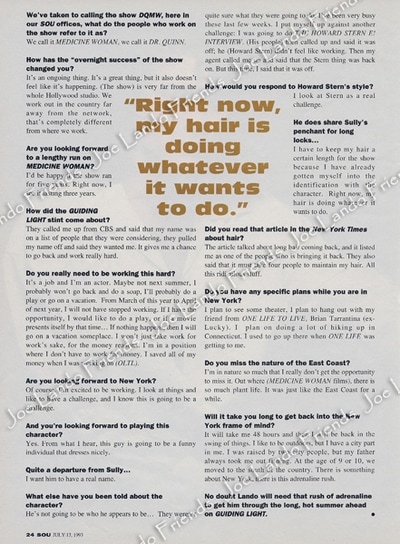 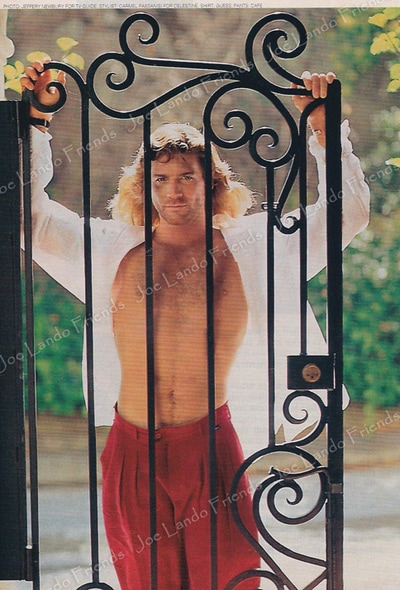 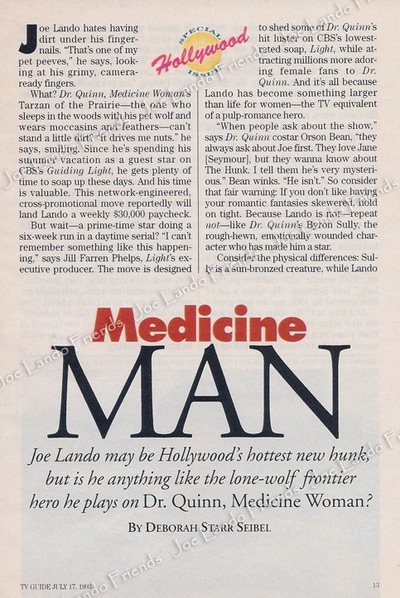 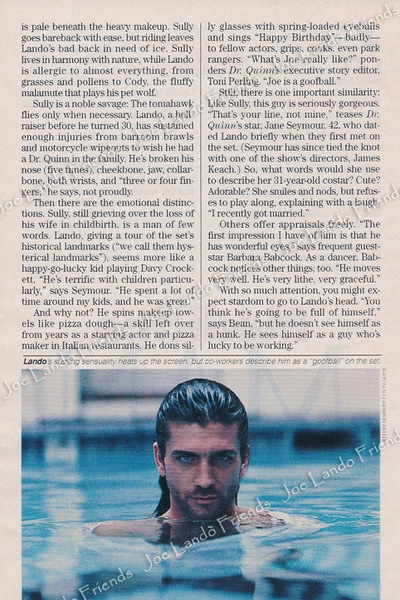 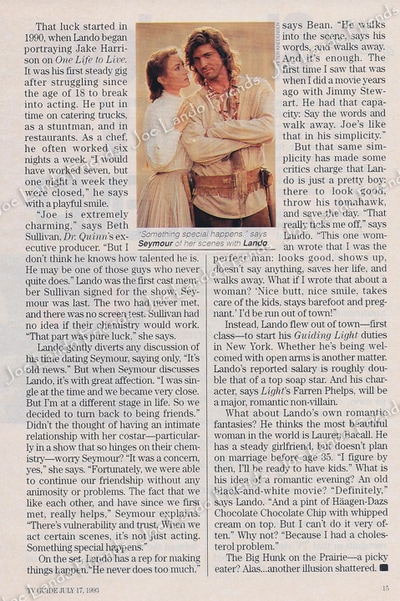 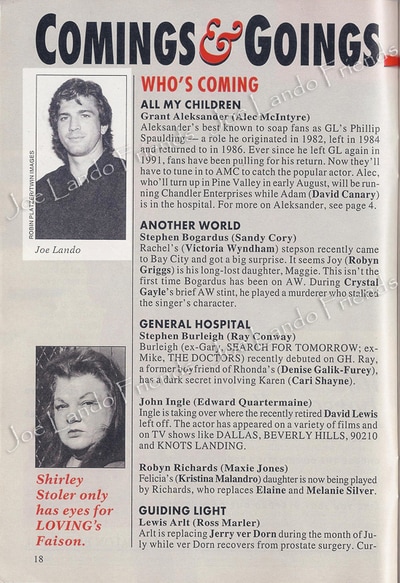 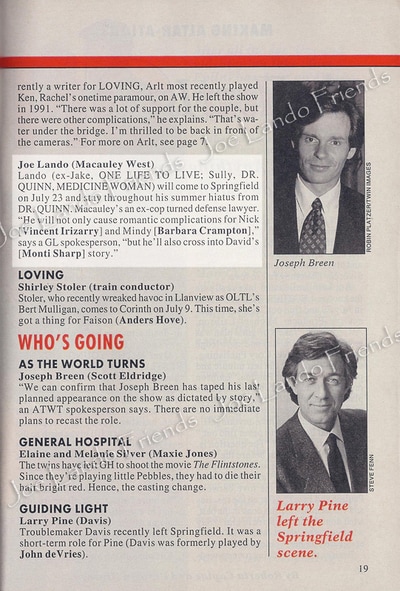 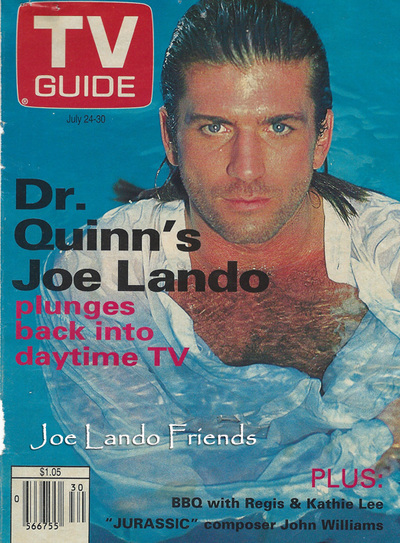 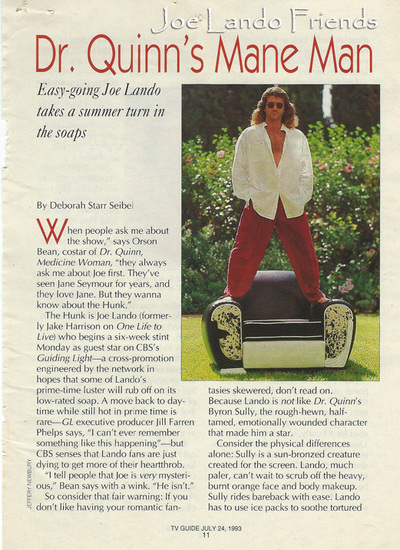 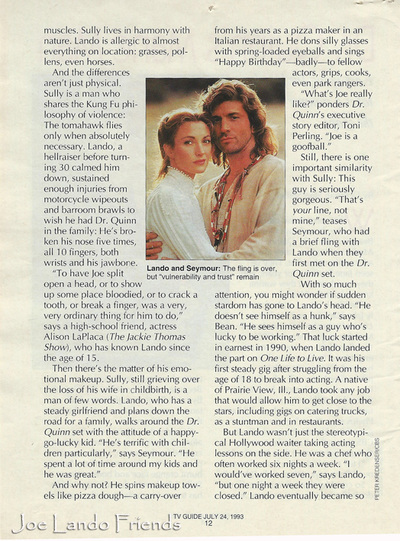 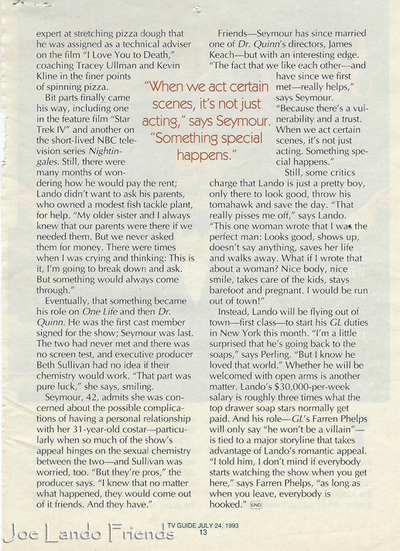 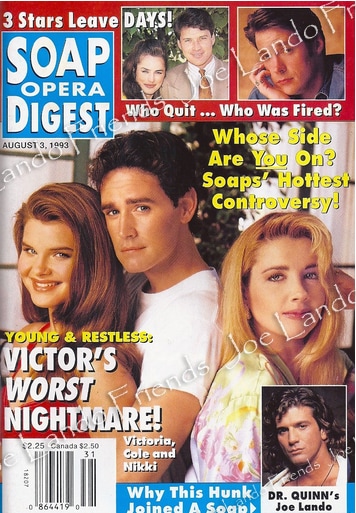 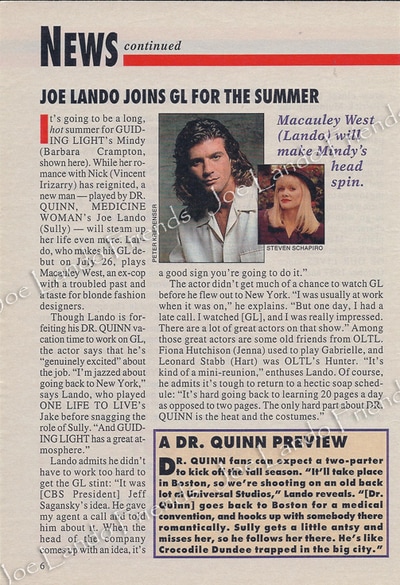 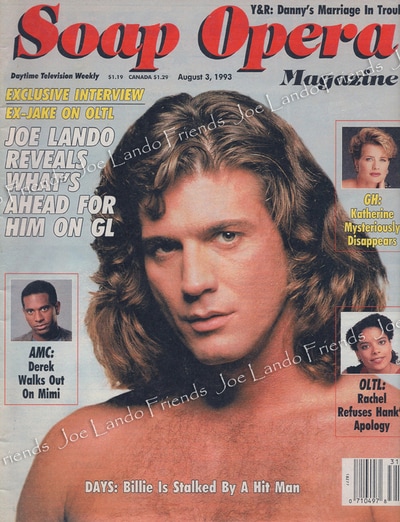 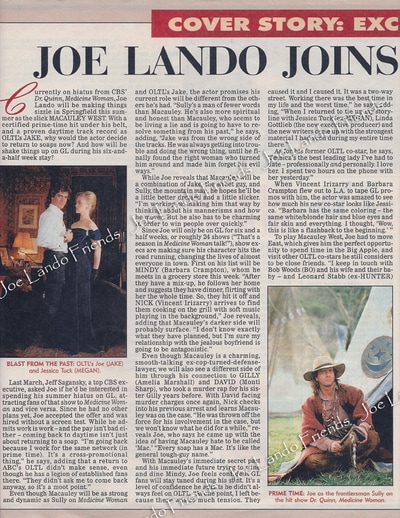 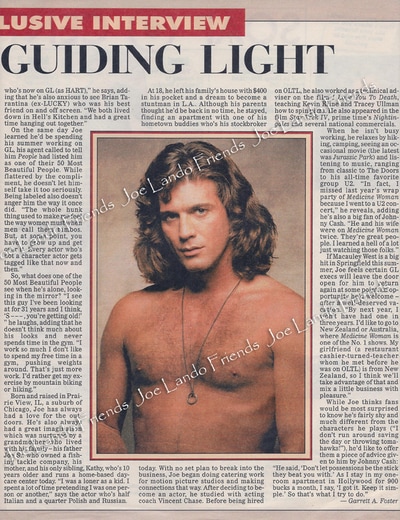 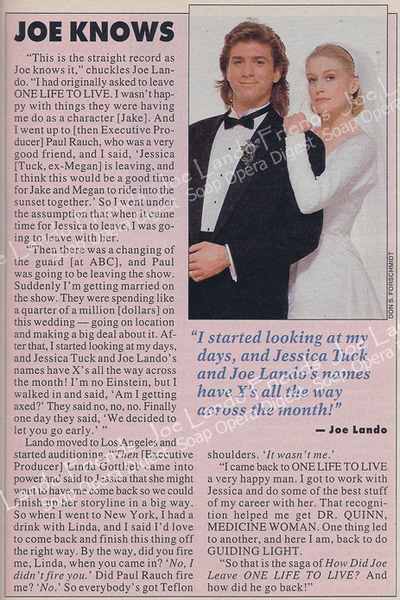 Five days before production began last year on the hit series "Dr. Quinn, Medicine Woman," the actress cast to play the strong-willed Dr. Michaela (Mike) Quinn pulled out of the show. CBS went on a frantic search for a "name" to star as the good doctor living in Colorado Springs, circa late 1860s, with three adopted children.  READ MORE...

Don't fret if you catch a guy with longish brown hair and blue eyes staring at you. It just might be "Dr. Quinn, Medicine Woman's" heartthrob, Joe Lando.  READ MORE... 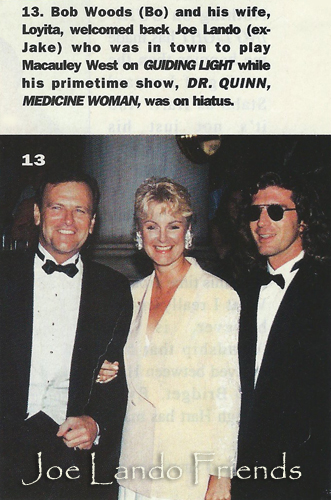