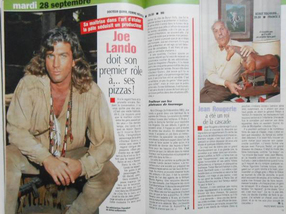 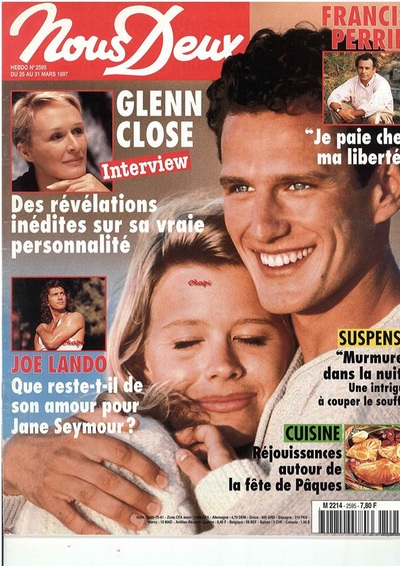 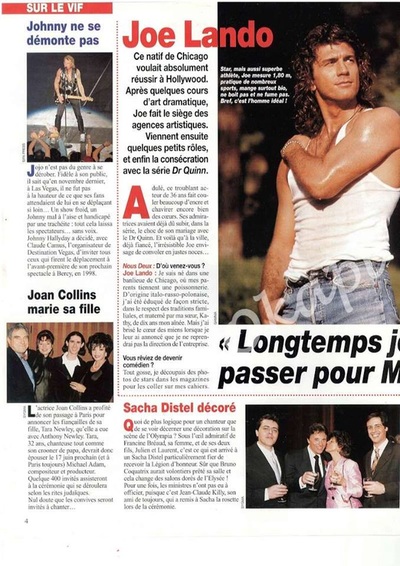 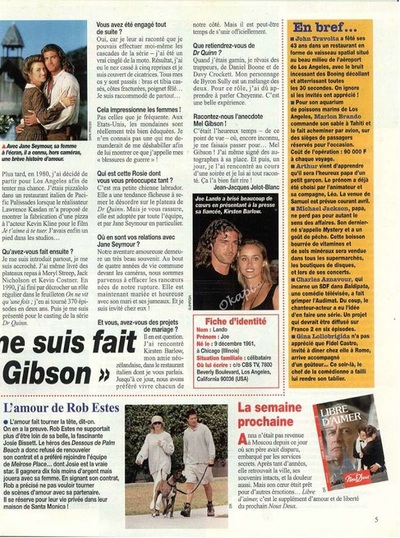 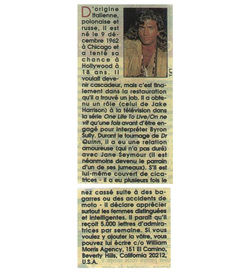 He has Italian, Russian, and Polish heritage. He was born in Chicago on December 9, 1961. He went to Hollywood at the age of 18.  He wanted to become a stunt man but he found a job in a restaurant.  He was Jake Harrison in the soap opera “One Life to Live.” He played Byron Sully in the popular television series “Dr. Quinn.”  During the shooting of “Dr. Quinn” he had a relationship with Jane Seymour.  He has many scars and he broke his nose many times when he fell down from his motorcycle. 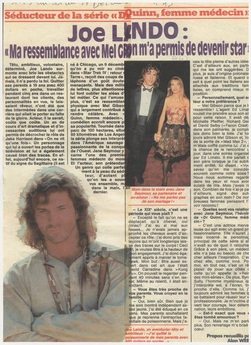 Joe Lando:  “My resemblance to Mel Gibson has allowed me to become star.” 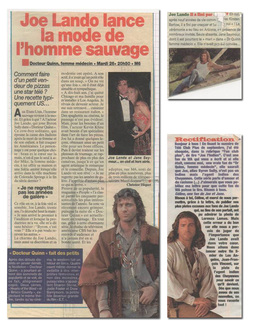 Joe Lando started the fashion of the wild man.

How a boy selling pizzas a TV star?  A typical recipe US...

“I do not regret the years of hard.”

Caption:  Joe Lando and Jane Seymour... uniform and outside the series. 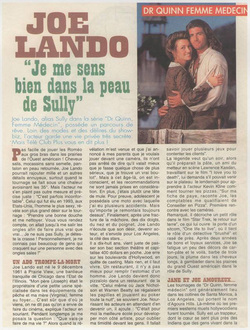 “I’m feeling comfortable in the role of Sully.”

Joe Lando, known as Sully from Dr. Quinn, Medicine Woman, has a dreamy career.  He is far away from the stereotype and the frenzy of show business, the actor has a very private life. Telé Club Plus will tell you more! 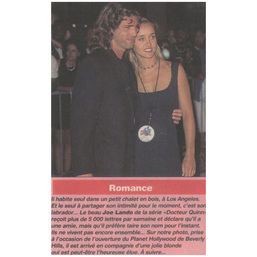 He lives alone in a small house, in Los Angeles.  And the only one to share him for now is his Labrador... Beautiful Joe Lando in the series “Dr. Quinn, Medicine Woman,” receives over 5,000 letters a week and said that he had a girlfriend, but he preferred not to name her at this time. They do not live together... In the photo taken on the occasion of the opening of Planet Hollywood in Beverly Hills, he arrives with a pretty blonde who is perhaps the happy elected.  A follow-up... 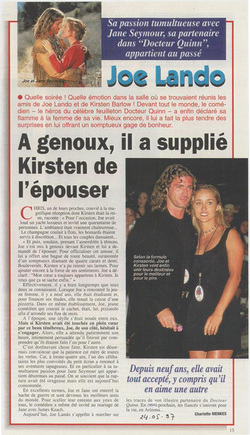 His passion for his co-star Jane Seymour “Dr. Quinn, Medicine Woman” is the past.

What a great night!  A great emotion in the hall where there were Joe Lando and Kirsten Barlow’s friends.  In front of everyone, Dr. Quinn’s hero declared his love to the woman of his life.  On his knees he asked Kirsten to marry him. 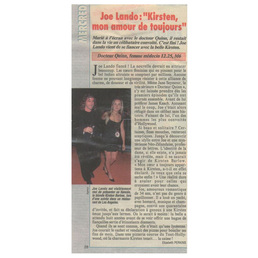 Married on-screen to Dr. Quinn, he remained single in real life.  It's over!  Joe Lando has just become engaged to the beautiful Kirsten. 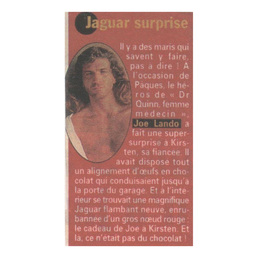 On the occasion of Easter, the hero of “Dr. Quinn, Medicine Woman,” Joe Lando, made a super surprise for Kirsten, his fiancée.  He had an entire line of chocolate eggs that led up to the garage door.  And inside was a beautiful Jaguar brand new, wrapped in a big red bow:  the gift of Joe to Kirsten.  And, it was not chocolate! 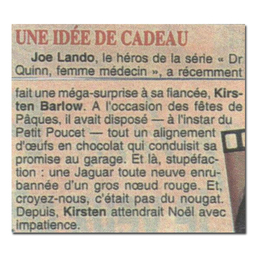 Joe Lando, the hero of the series "Dr. Quinn, Medicine Woman," recently made a mega -surprise for his fiancée Kirsten Barlow.  On the occasion of Easter, he had arranged - like Tom Thumb - just a line of chocolate eggs that led his bride to the garage.  And there amazement: a brand new Jaguar wrapped with a big red bow.  And believe us, it was not nougat.  Since, Kirsten expects Christmas impatiently. 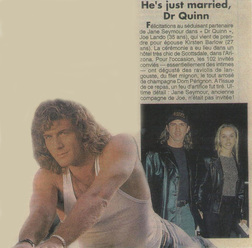 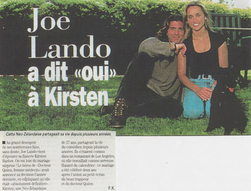 He displeased his fans when he married his fiancé Kirsten Barlow.  Kirsten shared her life with Joe for a long time. They met in a restaurant in Los Angeles, where she worked as waitress. 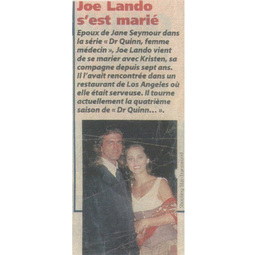 Husband of Jane Seymour in the series “Dr. Quinn, Medicine Woman,” Joe Lando married Kirsten, his campaign (girlfriend) for 7 years.  He met her in a restaurant when she was working as a waitress.  He is currently shooting the fourth season of “Dr. Quinn.” 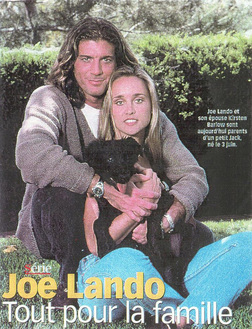 Joe Lando
Everything for the family.