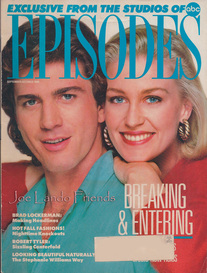 Young actors who break into soap operas enter a world of hectic schedules, long days, and the excitement of giving life to brand-new characters.

There isn’t a fan alive who hasn’t wondered what it would be like to work on a soap, who hasn’t dreamed of changing places, if only for a day, with one of the handful of actors lucky enough, and talented enough, to play some of television’s most colorful characters.  Their names alone—Erica, Frisco, Trisha, Cord—conjure up a world in which anything is possible, including becoming a sensation overnight.

Not surprisingly, joining the cast of a daytime drama is also the dream of many of America’s finest young actors.  No other medium allows them the freedom to portray characters whose lives are as unpredictable as their own, or to develop relationships with audiences that are as intimate.  For actors new to daytime television especially, working on a soap offers unparalleled opportunities to not only refine their craft, but also to achieve the kind of instant and enduring recognition that most of their peers—and practically all of their fans—can only imagine.

What does it take to make a successful debut as a brand-new character on daytime TV?  To find out, Episodes spoke with some of ABC’s brightest new stars, and the producers who work with them every day.

She’s a spitfire in silk stockings.  He’s trouble in a tight T.  She’s poetry in motion, vodka on the rocks, roses in July.  He’s a street fight after dark, a beer and a shot, a lonesome stand of pines.  How could they help but fall hopelessly in love?

The magnetic attraction of polar opposites isn’t just a convention of romance, it’s a force of nature; and nowhere is its power more apparent than in the love affair between Megan Gordon and Jake Harrison on One Life to Live.  Megan, of course, is Llanview’s answer to Katharine Hepburn, a classy, sassy blonde who also happens to be the star of OLTL’s soap-within-a-soap, Fraternity Row.  But while Jake may be tall, dark, and handsome, he’s more rolling stone than traditional leading man, a James Dean for the 90s.  Together, they’ve captured the imagination of viewers across the country, but their appeal owes as much to the actors who bring them to life as it does to the irresistible tug of their storyline.  And what makes their accomplishments even more noteworthy is that both Jessica Tuck and Joe Lando, who play Megan and Jake, came to OLTL without any prior experience in daytime TV.

Jessica, who originated the role of Megan two years ago, arrived at ABC by way of Yale, the stage, and performances in several student films.  A self-confessed exercise addict and oudoorswoman, she had never even worn the high heels, elegant jewelry, and power suits the Megan has worn onscreen.  Jessica based her initial characterization of the soap opera diva on “bits and pieces of the women I used to see a lot before I started on the show—the ladies who attended all the fancy parties I catered.”

Her portrayal of Megan has changed considerably in the months that followed her debut.  “She was pretty one-dimensional at first, a caricature really, but she’s become much more complex,” Jessica says.  “One of her key traits is that she comes across a lot tougher than she really is, which is also true of me.  Whether the writers realize it or not, I also grew up pretty determined, competitive, and driven, and I’ve had to learn how to relax and let other people take care of me.”

Megan’s relationship with Jake has allowed Jessica to tap further into the vulnerable aspects of her character, those parts of her that “would like to let go more, but don’t.  What Megan likes about Jake is that he’s dangerous and earthy and raw.”

Not surprisingly, these are the same qualities that have drawn viewers to like Jake, who arrived in Llanview last spring, just a few months after Joe Lando finished his final catering job.  An accomplished Italian chef, he had just completed a stint coaching Tracey Ullman and Kevin Kline in the art of pizza spinning for their hit film I Love You to Death when he got a call from ABC.

Like Jessica, he believes that he and his character have become more alike.  “At first Jake was very macho, very intense, but now he’s a lot looser and funnier, and we do more physical comedy.  Both Jake and I have been on our own for a long time, and we’ve both learned to do things the hard way.  Playing Jake has made me more self-confident.”

Both Joe and Jessica are delighted by the audience’s response to their characters’ romance—“They love watching us lust after each other,” Jessica notes with a smile—but they are reluctant to analyze their onscreen chemistry.  “It’s either there or it isn’t,” says Joe.  “If you have to work at it, it doesn’t work very well.”  Adds Jessica, “To do a really good love scene you have to do a lot of careful planning, but if you and your partner have chemistry, you can concentrate on other things.  Joe and I are all we have to work with, but that’s enough.” 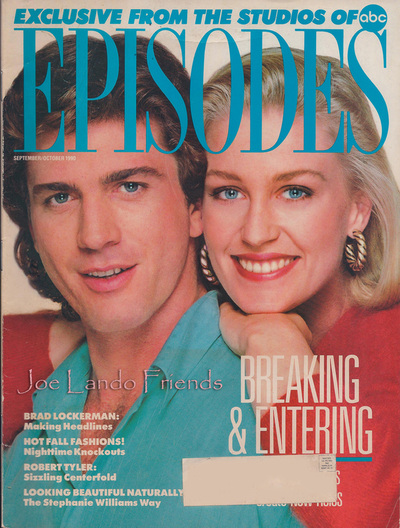 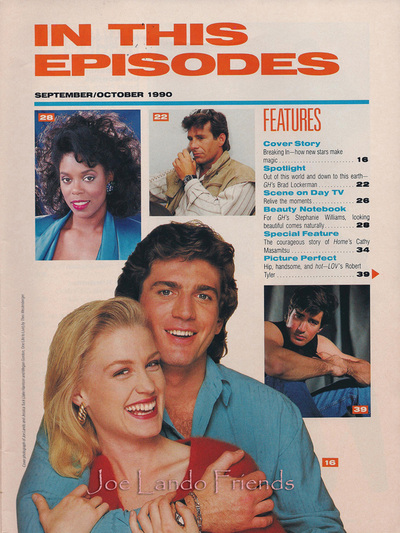 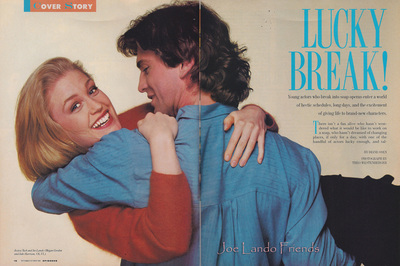 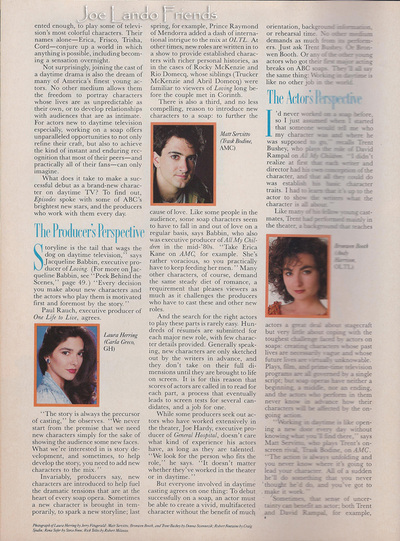 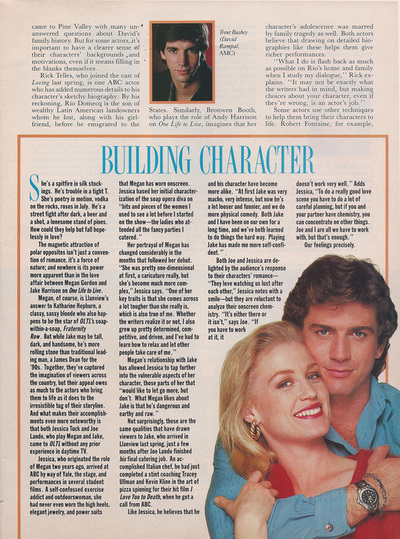 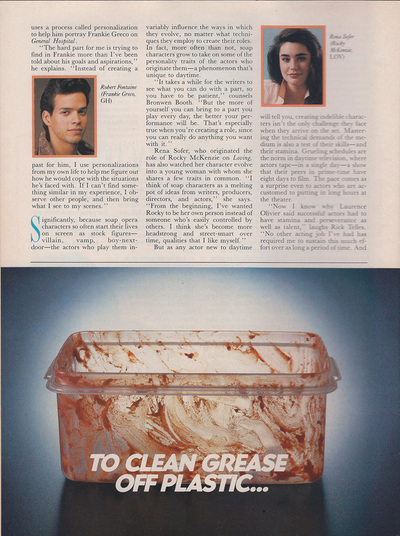 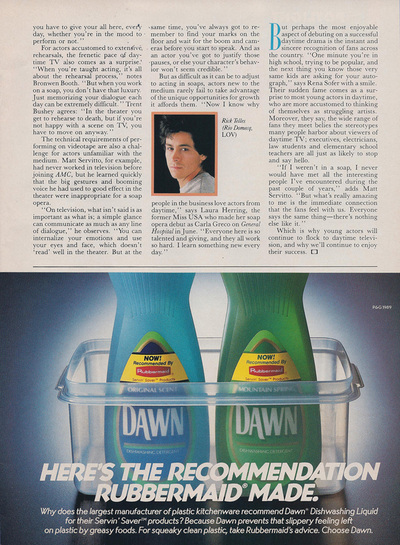